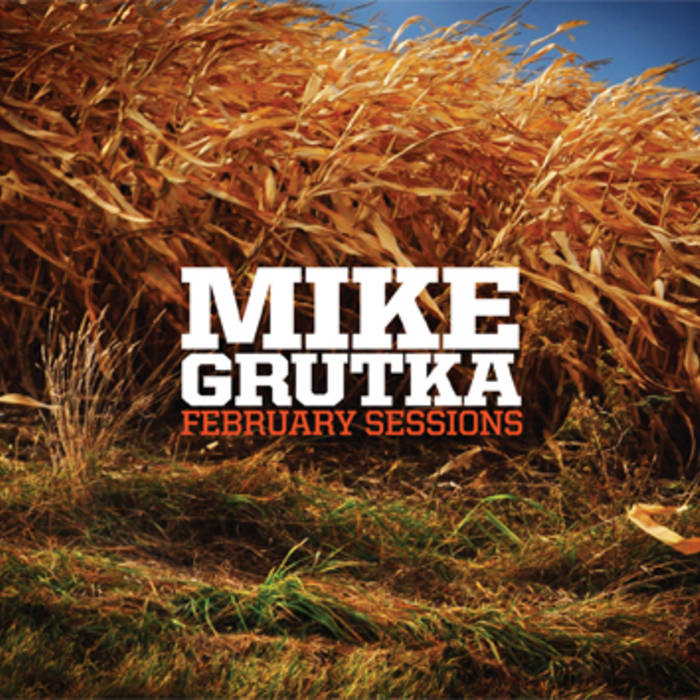 Recorded as part of the RPM challenge 2010.


“on this batch of 11 impressive original songs,…No question about it, this is Grutka’s best work yet.”
Greg Haymes, nippertown.com

“February Sessions, written and recorded for this year’s RPM challenge finds the one-man band in a loose, live mode (Out of Time era R.E.M. and Gin Blossoms come to mind)
John Brodeur, Metroland

“… After 2009’s long-labored-over “Ria,” Saratoga Springs songwriter Grutka took the RPM Challenge, writing and recording all of these 11 songs during the shortest month of the year. It’s raw and unpolished, but these songs are perhaps the best Grutka has ever written, his friendly melodies and vocals feeling completely at ease and lived in.
Brian McElhiney, Daily Gazette (‘What We Loved this Year: Local Music)

Recorded @ morg-n-daze studios in February 2010 except 'Lullabye' recorded live at WEXT. All sounds by Mike except drums on 1,2,3,5,8,9,10 Will Railton
Mastered by Larry Divivo @ Silvertone Mastering
Album artwork and design by Todd Moreland @ sapitot
Photos by Mike Grutka

Kari Faux drops off her deluxe album 'Lowkey Superstar' plus tunes by Shunaji and Samplelov.